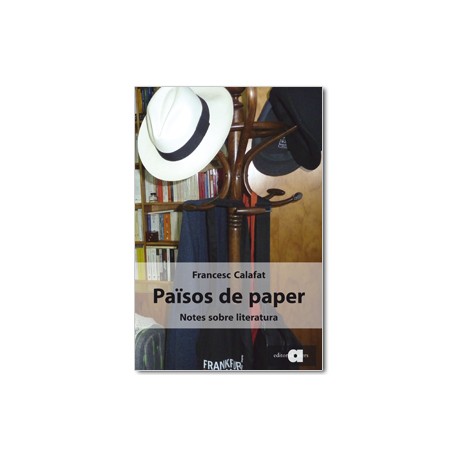 The name ‘countries on paper’ is related to the section that the French literary critic Calafat writes in ‘Quadern’ of ‘El País’, entitled ‘Un país de paraules’, because the idea of literature is attracted in terms of mental, imaginative geographical creations. Fiction and life, why not? Seen as worlds of letters. What does literature serve for? Do we need it to think clearly? How does the literary analyses affect our social and political attitude? These are questions are question that are indirectly or directly present in our thoughts. And that is why? Because they are basic, aside from being the most complicated, they are the most important ones. Although there aren’t definitive answers, they do direct attitudes and orientations. Writing is two in one: writing and its mirror. Literature feeds and regenerates thanks to the reflection about the aesthetic experience. And the comments of the books are a part of the reflection. The criticism in general aspires to be the conscience of literature because publicly it points, values and questions the contributions from writers. Literature is the result of the games or bonds established between it and the discourses it generates. According to everyone implicated, it is the result of a conversation. Sometimes the dialogue transforms into crashes of vision and contradicted interests and sometimes irrational. The contrast is productive. Who has a mouth, says the expression, makes a mistake. And, therefore, classifications are necessary. This is when the debate is generated, although it is implicitly.