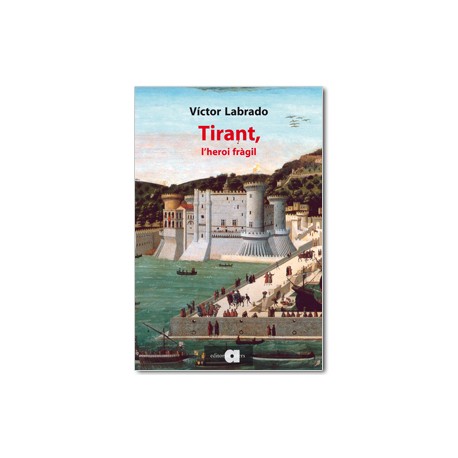 Tirant lo Blanc is a singular book that creates many questions. We don’t understand it completely. We could say it slips away from us. In reference to the genre it would clearly be a ‘novela de caballeresca’, as was classified by Martí de Riquer, opposed to the Chivalric romance. The ‘novela caballeresca’ represents an important innovation, an evolution of a certain realism, of authenticity, in respect to the old Arthurian narrative. The hero’s aim, which he will accomplish, is to prevent the fall of Constantinople to the Turks: prevent the conquest and no the reconquest, contradicting the history, because Mehmed II actually had conquered it in May of 1453, seven years before Martorell started writing the novel and eleven before he died. Tirant lo Blanc is a book of clear European and Mediterranean evocation, in a lesser sense of Great Britain and France, later of Sicily and Rhodes, the Empire of Constantinople, the seas and costs of the east of the Mediterranean, the kingdom of Tremissèn and of the Barbaria of North-Africa. The knight Joan Martorell made the action in Tirant happen in nations far from his. Valencia only appears in a surprising and untimely digression; at first sight not much, or not all, justified to the appearance of a Mercedarian frail from the kingdom of Tremissèn to redeem Valencian captives of some Muslims, attracted by the fame of the knight Tirant; only because the hero is from a city that is called Valencia.