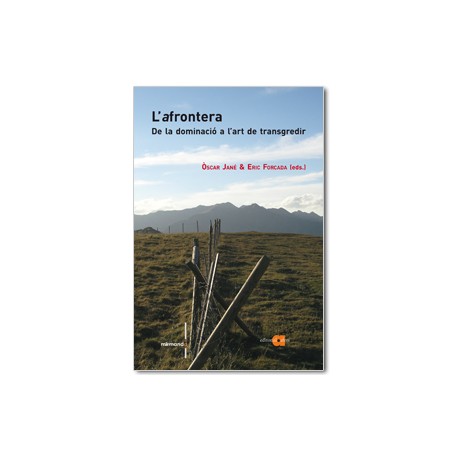 The art of transgression is the irrational walk that someone does when he/she has to face a rejection, a distinction, or nothing at all. It is simply the interior (a)border that is projected in a physical territory, in a collective social framework, and in an artistic representation of the people's likes. To think about a border is to evoke a surprisingly attractive concept due to its political force or its human impact. It is undoubtedly a way to defend the option of transgression. A border as an space of freedom, where the limit becomes light; but a border is also the beginning of a frustration, a trauma of aggression upon various groups or individuals. This book was thought and done in Perpinyà, but also in Barcelona, Girona and the Valencian Country, projecting itself towards the edges of Europe. It is the proposal of an experiment, or what is more, the materialisation of various reflections made individually and collectively from professional fields and different sensitivities. All of them coincide in a space of (a)border, of a world full of debate to overcome and to resilience frontiers. The thoughts of philosophy and language are —together with the most handy history and cultural policy or economy— the way in which internal fears are faced and assumed, that is to say, the real possibilities of the future. Talking about a border is simply that: accept it, know about it, transgress it. The words and photographies in this book are personal experiments to go further and transgress every psychological or supra-political boundary.