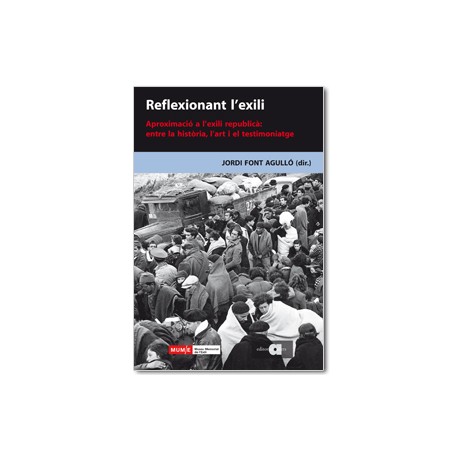 Between the 28th of January – day when France opened its border – and the 10th of February of 1939 – when the fascists troops had control over almost every border crossing in the Pyrenees – it has been estimated that around half million people crossed the border to France. More than half of these refuges were given back, sort of voluntarily, to Franco’s Spain. The rest, around 200,000 people, were in exile for a long time around the world, France and Mexico as the main destinies. Therefore, in the winter of 1939 one of the most remarkable political exiles of the 20th century was initiated. The case of Republic exile is, without a doubt, an object of historical study since it was mixed with crucial events. Due to the Spanish Civil War, the exiled had to suffer really early the restrictive and unhumanitarian policies of the European democracies in crisis (lead by France), they suffered the Nazi occupation of Europe during the WWII and they actively participated in the antifascist resistance. Later, they had to cope with, not without big deceptions, the consolidation of Franco’s dictatorship during the Cold War. The prolonged Franco’s regime meant a blow to the hopes of a hypothetical return. On the contrary, new forms of oppositions appeared in the country, not always coinciding with objectives and the political culture of the republican exiled. Still, this was politically active and an indisputable ethic reference during the dictatorship and the process of abolition of Franco’s regime. This book, with contains different disciplinary optics, reunites a group of collaborations which deal with different aspects that show the complexity and human and cultural richness of the republican exile.