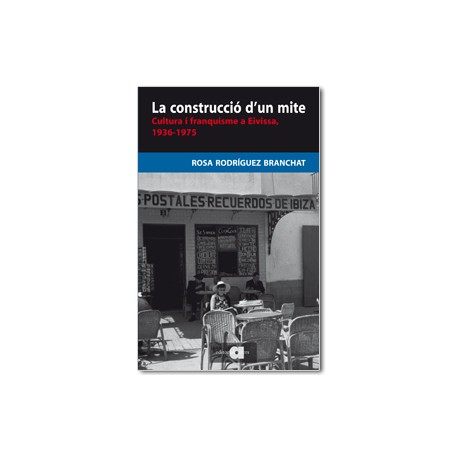 The Construction of a Myth. Culture and Franco’s Regime at Ibiza, 1936 – 1975 starts with the ban of a Catalan-speaker Governor and ends with the prohibition, in the year the dictator died, of the II cultural course from Ibiza. There the dictatorship regime lasted as long as the dictatorship did. How is it possible then, that it is during this time when the myth of Ibiza as the island of freedom is created in which the powerful brand of ‘Ibiza’ is fomented, full of hedonist connotations that start an important touristic industry? This is one of the questions dealt with in the book. It has been necessary to do some research the cultural scenario of the island during the second republic and to analyse the vision of Ibiza which the Germans intellectuals who run from Nazism promoted, as well as the fascination of the Catalans architects of GATCPAC over the island. This has meant studying the artistic and literary world formed in Ibiza during the dictatorship, the arrival of the beatniks and the hippies, the local culture and the intellectuals from Ibiza, and the role Franco’s ideas play locally and stately. Attitudes, acts, productions, paradoxes and contradictions are revealed and how Franco’s regime, despite imposing his rules, made possible a social reality sui generis which lead the creation of a myth is explained.