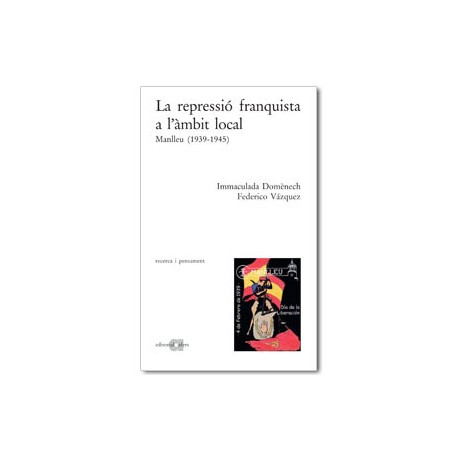 In Catalonia, between July 1936 and February 1939, there was a repression (more than 8,000 killings) and a religious persecution (more than 2,000 religious murders, almost a third part of the total) hard to understand and under no circumstances justifiable. Without a doubt, this left a trail of hate hard to erase, but which does not justify the subsequent repression by Franco’s regime (3,400 murders between 1939 and 1953, despite the fact that majority of the intellectuals and politicians and trade union leaders were in exile). Nothing justifies institutional violence (republican repression was never institutional), the thousands who died (between 75,000 and 100,000 in the whole state, more than double that of the republican repression), the hundreds of maquis who applied the law of fugitives of whom we don’t even know the names, the tens of thousands of imprisoned, the victims of misery and fear, those of preventable diseases and malnutrition, the generations crushed under a brutal and stultifying repression. Nothing justifies oblivion; that is why it is necessary to redress the memory of the repression of those terrible years as is done in this book in the case of Manlleu. Future generations could not continue orphans of the past, because the peoples without references, without history, without memory, without identity, are often easy prey of the new populists (or popular) versions of the totalitarianisms of all life, as it has been again patented these days of war, impotence and pain.