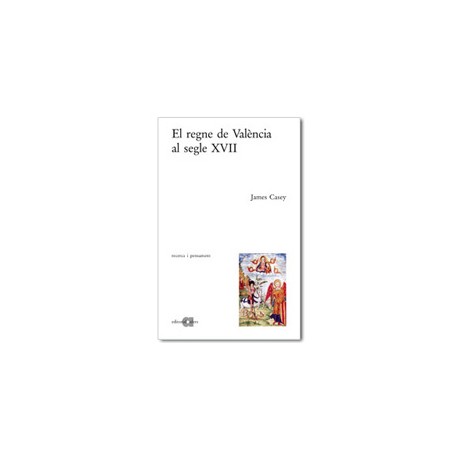 The Kingdom of Valencia had, for a while, its own political life, designated by an official birth in 1238, when James I defeated the moors, and an official death in 1714, when another conqueror, less benign, Phillip V, abolished its autonomy. These five hundred years of independence have left the Valencians with a divided personality. Are they a nation, as their political past suggest? Are they a part of Catalonia, as the language and culture would imply? Or are they just an extension of Castile, to whose economy they have always been linked? Valencia was an autonomous territory, as was Catalonia, and it was subject to the same pressures during the 1620s and 1630s. If economic decline of the Empires were the main factor everywhere, Valencia would have been inclined by the way of Catalonia because no other territory of Spain had a worse rate of demographic collapse nor had it been gravely hit by the expulsion of the moors. All this has led the author to an analysis of the social and political structure of the kingdom. Was the economy as weak after the expulsion as some historians have supposed? These are some of the topics that run parallel throughout a work that is now published and has already become a classic of Valencian historiography.