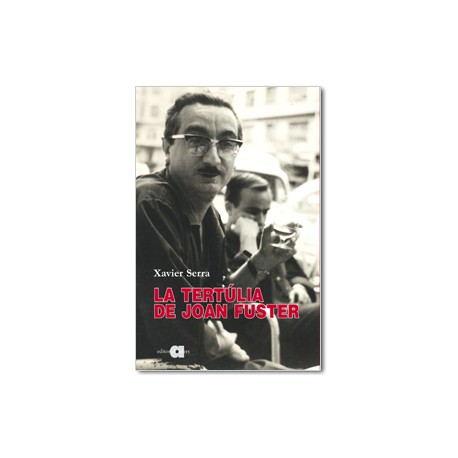 The first time that Josep Iborra saw Fuster was in a get-together that was taking place in the "Hogar Juvenil" of the students union, located in the Pau street. Fuster —who was sitting on the opposite side of the entry— had Le Figaro Littéraire fully opened, and he was making sharp-witted and funny remarks about the content of the supplement. A short time ago, Iborra had written a review in the Claustro of the poetry book Ales o mans. Fuster, very tall, lean —but with a strong skeleton— with short-sighted glasses, his nose prominent and curved on a thin mustache, his hair combed back, smeared with brillantine, he approached after a while...Which kind of audience was there —before the irruption of Fuster— for the cult book written in vernacular in the Valencian Country? Which kind of dissemination had had the catalan conscience among Valencians? Fuster, an author who used Catalan in the Valencian Country, was highly effective. He created an audience for his books —and for the Catalan books in general— from scratch. He could not even draw from the premise of hardly any author of the post-war ‘Valencianism’, because they had not been effective at all.